Current Date and Time is .

Punjab is predominantly an agrarian state the economy of which is based on agricultural production. The state, called as food basket of India, is having geographical area of just 1.54% of Country but still contributes about 60% wheat and rice in the central pool. The Agricultural production is broadly based on the assured supplies of irrigation water. Since both surface as well as ground water resources in the state have already been fully utilised as such the increase in agricultural production solely depends on the improved efficiency of water use. Significant improvements in the economy of water use and in the operational efficiency can be achieved by modernisation of existing canal system which is centuries old.

Irrigation network in Punjab comprises of 14482 Km of channels in the shape of main/branch canals, distributaries and minors out of which 615 Km length of channels were constructed originally lined. Lining of the some of the identified channels were taken up during 1976-94 and 1990-98 in phases under world bank aided phase I & II Lining Projects, when the length of 5554 Km and 1092 Km of channels respectively were lined.

It is also added that the work of cleaning/desilting of rivers Ravi,Beas,Ghaggar and sutlej was allotted to Lining Administration by the Government on Dated 19.2.2016.The survey was conducted by field staff and the requisite documents for 17 No. sites were submitted to Mining Department for issuing the requisite permits .The work at Khera bet site of Sutlej river was started in April 2016 after receipt of permit by Mining Department.The work of this site was completed during June 2016.

The brief description of the projects being prepared by Lining Administration is as under:

The Work of the above projects will be completed after getting necessary sanctiom / availability from the Government. 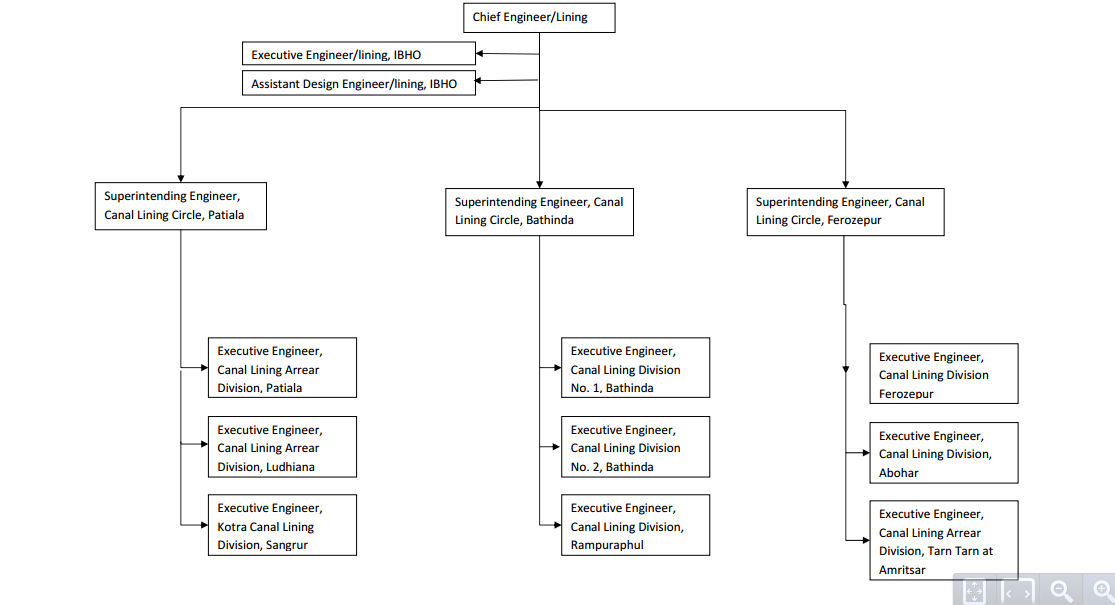