Current Date and Time is .

Canal Administration is primarily responsible for operation and maintenance of a very well developed and widespread 14500 Kms long canal system and 5 Head Works. Total cultivable command area in Punjab is 42.90 lac hectare out of which 30.88 lac hectare has been brought under command of canals networks (In addition to pre-partition utilization of 32MAF in Shahnehar Canal System).

The canal infrastructure which was developed in pre independence and post independence period as per details:

Water is the most essential natural resource, a basic human need and the most important input for all human development activity. The main objective of the Admn is to develop, plan, utilize and manage this important resource for irrigation in a judicious, equitable, sustainable and sound economic manner.

An Act to regulate irrigation, namely ‘Northern India Canal and Drainage Act, 1873 has been enacted for this purpose.

Rehabilitation/Remodeling of the following canals is in progress:-

The following projects have been submitted to Central Water Commission, New Delhi for technical appraisal.

The technical appraisal is in final stage. The projects are proposed to be taken up during 2009-10 with financial assistance from Govt. of India. 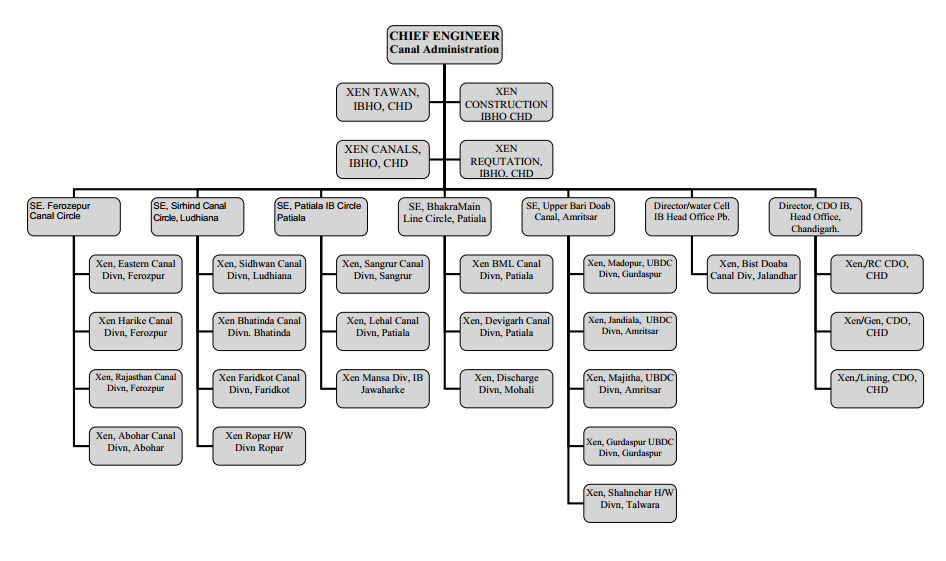